Music Education for Children around the Globe 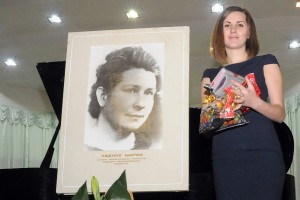 Here is how it all started:

Throughout this past year, we have been listening to the very disconcerting news from Ukraine.

There are so many gripping stories and none less so than the plight of the pupils from The Kharkov Boarding School of Music.

The children who going to this school are especially focused and talented children. They know exactly who they want to be when they grow up.

They love music; they seem to not be able to live or breathe without music.

During this last year they have not asked for more food, as they know that the school administration does whatever is possible with their limited means. This is not an elite private school in the sense that those of us in the US think of specialized academies.

The children have auditioned to be able to attend to pursue their dreams. They have tolerated all those conditions because they can play, piano, cello, violin and many other instruments.

Because of the political and economical situation in the country, the government cannot or does not, want to pay attention to education in general, and to music education especially, totally ignoring that the children are future of the nation.

I came to USA in 1989. Three years later I brought my mother, Dr. Maria Yeshchenko, to USA.

Mama was a concert pianist, teacher, and Laureate of The Bedrich Smetana International Piano Competition. She played with major metropolitan orchestras as a headliner behind the Iron Curtain.

The communist government of the Soviet Union did everything possible to not let her play outside of USSR borders (she did not want to join Communist party).

Once here in the USA, Marika played anywhere I could arrange for an audience; schools, nursing homes, community centers. All this time, it was so exciting for her, and so difficult, as she was learning English at age seventy as a recent immigrant.

One of her former students (now living in the US) made it possible for her to play with a symphony orchestra in Pittsburg.

After the collapse of the Soviet Union, and accumulating enough money, she traveled back to what is now Ukraine, and to her Kharkov.

With the little money she had, she managed to help the music school where she started her career. She gave what extra she had to the Vladimir Krainev International Piano Competition to support the education and development of young pianists.

Her love for music and children (she considered all her seventy-two doctoral students as her children, plus five of her own) made me want to continue what she started.

Since she passed away, in her memory and to support Kharkov school of music and Kharkov Conservatory, we established this foundation of Maria Yeshchenko.

The main goal of the Yeshchenko Foundation is to provide financial assistance for talented children to be able to continue their music education.

Since its inception, the Foundation has established three scholarships: two in the Children’s Music School, and one in The Kharkov Conservatory.

The foundation also inaugurated a Special Prize at the International Piano Competition of V. Krainev.

In its fifteen years of existence, the Yeshchenko Foundation, on behalf of the Children’s Music School, has raised funds for computers, video equipment, multimedia systems, and donated the much-needed resources for the installation of internet service in the Music School. The Foundation has further participated in buying a piano for the small concert hall there.

Two times each year, in memory of Dr. Maria Yeshchenko, the Foundation organizes concerts featuring the participation of the young piano students from the Music School and Conservatory.

The Foundation and our children of the Music School wish to express deepest gratitude to all of you who have pledged in the past, and continue with your support now and into the future. Your generous cash donations go 100% into the Music School. We are operated by unpaid volunteers only. The Foundation has no administrative expenses.

With gratitude and respect, 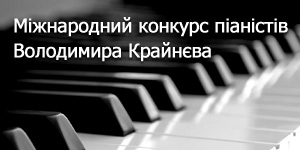 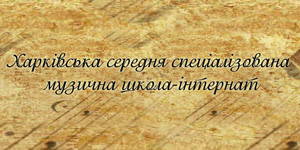